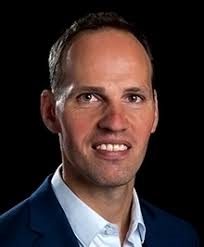 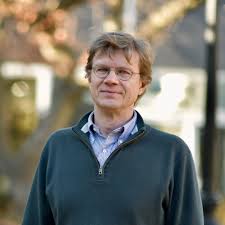 On wednesday November 18, 2020, we will be organizing the fourth QSC General Assembly. Please register here before November 18 (below the abstracts, click on Apply), so we can send you a link.

15:45 - 16:00  Closure with announcement of the winners of the social event plus best intro juniors.

The quantum software consortium is tasked with the development of quantum software that has an impact on real-world technology. In particular, this requires a strong synergy between theory and experiment. In this presentation, I will present an update on the progress at the joint theory-experiment work in the Delft node with an emphasis on software for quantum networks, our experimental efforts on realizing multi-node networks in the lab and our work towards building a quantum internet demonstrator.

Secure computation allows two or more parties to jointly evaluate a function on their inputs without revealing anything beyond the function output. In addition to being practical, protocols for secure computation should be hard to break even with a quantum computer, so as to provide long-term security guarantees for potentially privacy-critical input data. Towards this goal, input-independent correlated randomness enables a lightweight “information-theoretic” online phase once the inputs are known, guaranteeing security even against a dishonest majority. However, securely generating this correlated randomness typically involves a large amount of communication and storage.A natural tool to overcome those limitations is a pseudorandom correlation generator (PCG). A PCG is a deterministic function that stretches short correlated seeds into long instances of the target correlation, thereby allowing the parties to generate correlated randomness using a cheap, one-time interaction followed only by "silent" local computation.In this talk, I will introduce the concept of PCGs and show how to construct efficient (classical) PCGs for useful correlations based on different flavors of the ring learning parity with noise assumption, which are not known to be broken by quantum algorithms. This talk is based on joint work with Elette Boyle, Geoffroy Couteau, Niv Gilboa, Yuval Ishai and Peter Scholl.

The main results on quantum walk search are scattered over different, incomparable frameworks, most notably the hitting time framework, originally by Szegedy, the electric network framework by Belovs, and the MNRS framework by Magniez, Nayak, Roland and Santha. As a result, a number of pieces are currently missing. For instance, the electric network framework allows quantum walks to start from an arbitrary initial state, but it only detects marked elements. In recent work by Ambainis et al., this problem was resolved for the more restricted hitting time framework, in which quantum walks must start from the stationary distribution.
We present a new quantum walk search framework that unifies and strengthens these frameworks. This leads to a number of new results. For instance, the new framework not only detects, but finds marked elements in the electric network setting. The new framework also allows one to interpolate between the hitting time framework, which minimizes the number of walk steps, and the MNRS framework, which minimizes the number of times elements are checked for being marked. This allows for a more natural tradeoff between resources. Whereas the original frameworks only rely on quantum walks and phase estimation, our new algorithm makes use of a technique called quantum fast-forwarding, similar to the recent results by Ambainis et al. As a final result we show how in certain cases we can simplify this more involved algorithm to merely applying the quantum walk operator some number of times. This is joint work with Simon Apers and András Gilyén.
Abstract: Mikhail Lukin (Harvard, USA)- Programmable Quantum Systems for Simulations, Computation and Networking
Realization of quantum systems that may be capable of outperforming the existing classical counterparts in executing useful tasks is a central challenge in quantum science and engineering. In this talk, I will describe two related examples of our recent work towards these goals. In the first example, I will describe the recent advances involving programmable, coherent manipulation of quantum many-body systems using atom arrays excited into Rydberg states. I will describe our recent technical upgrades that now allow the control over 200 atoms in two-dimensional arrays. Recent progress involving the exploration of exotic many-body phenomena, as well as realization and testing of quantum optimization algorithms using such systems, will be discussed. In the second example, I will report on our progress towards realization of quantum repeaters for long-distance quantum communication. Specifically, I will describe experimental realization of memory-enhanced quantum communication, which utilizes a solid-state spin memory integrated in a nanophotonic diamond resonator to implement asynchronous Bell-state measurements. This enables a four-fold increase in the secret key rate of measurement device independent quantum key distribution over the loss-equivalent direct-transmission method while operating at megahertz clock rates. Prospects for scaling up these techniques, including realization of larger quantum processors and quantum networks will be discussed.
Registration closes at November 18, please register before.
Apply now
Details
When: Wednesday November 18th, 2020
Time: 09:30 - 16:00
Where: online
> Apply now
Location
online