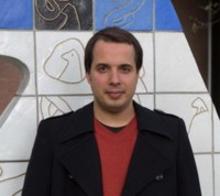 Léo Ducas from CWI's Cryptology Group in Amsterdam is awarded an ERC Starting Grant of 1.5 million euro for research on quantum-safe cryptography. Most of today’s cryptographic methods will not be secure against attacks based on possible future quantum computers. Ducas studies lattice-based and code-based cryptography, areas whose methods are widely viewed as the most promising to provide long-term cryptographic security for computers and networks worldwide in the face of quantum computing.

Lattice-based and code-based methods were recently in the news, when the finalists for the first US National Institute of Standards and Technology (NIST) standardization of quantum-safe cryptography were announced in July 2020. Ducas contributed to the design of four NIST candidates schemes, two of which are now finalists. A third is on the so-called ‘slow-track’ for possible later standardization. NIST is expected to announce the first standards in 2022; it is highly likely that these will include lattice-based as well as a code-based schemes.

On receiving the ERC grant, Ducas said: “I am very grateful to the European Research Council for supporting this research, which I believe will contribute the security of computers, smartphones, and credit-cards for the decades to come”. He received the ERC grant for his project ‘ARTICULATE - A Reduction Theory for Codes and Lattices in Cryptography’.

Ducas aims to develop a unified theory for the cryptanalysis of codes and lattices. While similar at a high level (both codes and lattices are regular structures in large-dimensional spaces), and despite many similarities in the techniques used to attack them, a unified point of view is still missing. As Ducas explains: "The hope is to create a bridge between those two research areas, and to enable transfer, back and forth. This is also the opportunity to review and systematize the states of the art for both codes and lattices, so as to convince ourselves that we have not missed the best possible attacks".

Ducas obtained his PhD degree at the École Normale Superiéure of Paris in 2013. He has been employed in the Cryptology group at Centrum Wiskunde & Informatica (CWI) since 2015, obtaining tenure in 2019. He is best known for having demonstrated a quantum security gap between general lattices and certain structured lattices. More generally, his work on theoretical and practical aspects of lattice cryptanalysis had a major influence on how such quantum-safe schemes are designed and parametrized. He was awarded an NWO Veni Grant and the USENIX/Facebook Internet Defense award in 2016. Together with CWI collaborators Marc Stevens and Wessel van Woerden, he currently holds the record for the Darmstadt SVP challenge. The challenge is to find the shortest vector problem (SVP) in increasingly large euclidean lattices, and this serves as a gauge to quantify the security of quantum safe cryptography based on lattices.

The project, which has a duration of 5 years, is expected to start in January 2021. It will fund the work of Ducas, of two post-doctoral researchers and of two PhD students. More information on the grants awarded by the European Research Council (ERC) can be found at http://erc.europa.eu/.