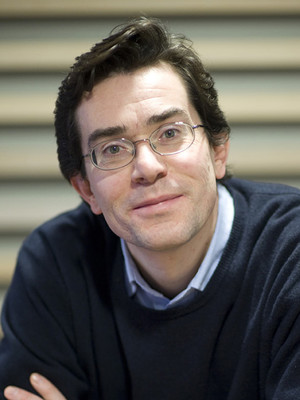 Senior researcher at CWI and professor at UvA (ILLC)

Ronald de Wolf (1973) studied computer science and philosophy at the Erasmus University Rotterdam, with a focus on logic-based machine learning. He obtained his PhD in 2001 from the University of Amsterdam and CWI (advised by Harry Buhrman and Paul Vitanyi) on a thesis about quantum computation and communication complexity, for which he received the 2003 ERCIM Cor Baayen Award. Subsequently he worked as a postdoctoral researcher at UC Berkeley. Currently he is a senior researcher at CWI and full professor at the University of Amsterdam. He works on quantum computing, focusing on algorithms, complexity theory, and the applications of quantum information to other areas.